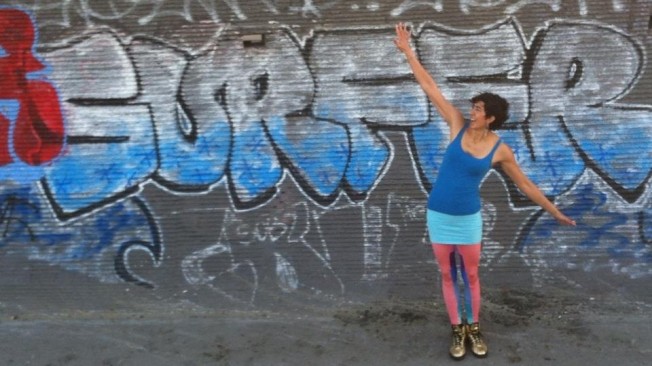 It’s finally here – the last video of the trip, from Salvador and the coast of Bahia!

For those of you who have been following my blog, you will recognize many of the people and references in this song and vvideo

This video was inspired by the girl drummers and surfers I met in Bahia, the last stop on my Surfer Grrrls Brazil adventure, during which I travelled up the coast of Brazil, meeting other girl surfers and musicians, surfing my heart out, and creating original raps to celebrate my adventures and inspire other girls and women to live their own. While staying in the incredibly musical neighborhood of Candeal, I heard children making danceable beats by beating on just about anything they could find – tin cans, playground equipment, water bottles, you name it.  One little girl practiced singing and drumming on a tupperware container every day on her front stairs. She is featured in this video.  The live drum beat was recorded from the extraordinary youth orchestra of Didá, who I encountered one evening rehearsing on the streets of the Pelhourinho in Salvador da Bahia. The surfers featured here (besides me!) include Érica Prado, and other inspirational women I met in Bahia and elsewhere in Brazil.

It took me over a year to finally post this video.  My harddrive with much of my Bahia footage crashed and died when I returned from Brazil.  Heartwrenching. Luckily, I still had the footage of the girl drummers, and some surfing footage from my time in Itacare, but it took me a while to piece it all together once I got back to California and had to get back to the grind of daily life. To fill in for the lost footage from Bahia, I did a video shoot at Ocean Beach in San Francisco, and collaborated with my wonderful housemate Jenny O’Connell (the beautiful voice), and the talented Jazz Vassar who I met in Salvador and in our 36 hours together had become a dear friend.  It seemed appropriate that after some beautiful footage of Jazz and I going surfing on the beaches of Salvador was lost in the harddrive crash, that Jazz bring her energy back to the video through her capoeira-inspired dancing on our own California home beach.  Another incredibly generous friend Luis Montoya, filmed for us, lending a skilled eye to the camera work.  It turns out that collaboration really does take you to the next level!!  Please share this video with as many girls and woman as you can.  I have also been performing it alive along with other surf and non-surf related raps I’ve written, so shoot me an email at miramanickam@gmail.com if you’re interested in a performance.   Thank you to all who contributed and supported!